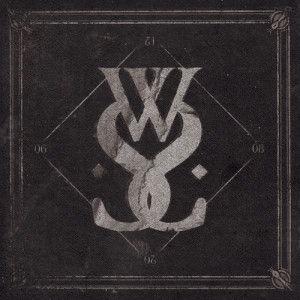 Any band that takes pride in itself and has ever plugged in anywhere in the world their instruments into an amplifier, wanted to change the world in some way. Be it. Due to their socially or politically ambitious lyrics, their musical power and aggressiveness with which they the tidal wave of crap opposes that floods the radio waves Or through the creation of something entirely unique, favored by the frustration in the face of what brings the competition so to pass. Come on, While She Sleeps ! As a native of Sheffield band wants to change the world? By packs all the points mentioned above in a phenomenal debut album.The title: “ This Is The Six . “ “ ‚This Is The Six‘ to be an album that you can grow up , „explains guitarist and founding member Matt Welsh . “ We grew up with musical milestones in the form of Slipknot or Thrice albums. bands that meant everything to us and we now want this album to people means everything., The Six ‚stands for the word, Sleeps‘, the includes six letters. We all have tattooed a tally of six strokes. Our goal is to create a cult, where you join and to which one can believe it. And the five visible next to the one intended to remind you that you ‚re never alone We wanted to tell the world:. this is While She Sleeps . “ See for yourself from the fact that this bill comes up fine: