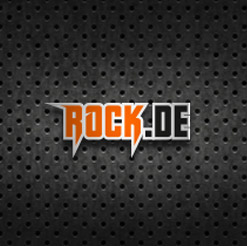 As many of you know I had an operation a few months ago on my throat. Since then I have been undergoing the necessary procedures to get back to full health so that we can record the rest of our album and play live again.

Honestly this has been a tough time for me as well as the rest of the guys, I have been forced to make changes to my lifestyle that I’ve never had to make before but its a journey I’ve had to take to protect my voice as much as possible. Its taken a lot of focus and commitment to make sure I’m as healthy as I can be, but I’m happy to say that I’ve been making great progress and I wanted to share that with you guys.

To keep my mind occupied while not on the road I have been going to see a lot of shows, some of you may have seen me about! But my major focus has been spending time writing for the new While She Sleeps album, we didn’t have this amount of time in the past with all of our touring commitments so it’s something I’m enjoying taking advantage of. It really feels like a huge step forward for us and I’m incredibly excited with how its sounding, I can’t wait for you all to hear it.

I wanted to say a huge THANK YOU to everyone that has been involved in Throat 666 as we call it haha! Also a big thanks to the amazing new people I have met that have helped me , the rest of the lads in the band for all their continued support and mostly to the While She Sleeps fans that have shown that it is more than just a fucking fan base IT’S A FAMILY !

See you at download fuckers! We can’t wait to come back!